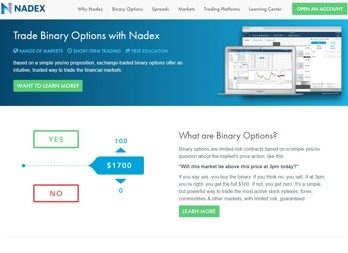 Many customers are confused when it comes to Nadex derivatives exchange designed for the retail traders, and in our Nadex review we will try to explain basic principles of binary options trading by using their services.

It is important to mention that Nadex is not a classic broker, as are those in other parts of the world – Nadex is an exchange. Nadex platform should be seen as a bridge between two interested sides in binary options trading. It is regulated by Commodity Futures Trading Commission (CFTC).

Ajude OpcoesBinarias.net.br a permanecer no ar